What Is Weed Wine and How Do You Make the Infused Alcohol?

In this era of cannabis prosperity, cannabis-infused edibles and beverages are no longer relegated to space cakes, magic brownies, and murky tinctures. Rather, cannabis consumers today are blessed with an epicurean food-and-weed scene worthy of Zagat, as chefs across the country regularly whip up inspired dishes full of THC, CBD, and terpenes.

But what if we told you one of the weed world’s favorite new infused offerings wasn’t really new at all, and has actually been around since the second century A.D.? And what if we told you that you could make your own batch at home? Well get familiar with weed wine, an infused beverage that many are experimenting with across the cannabis landscape. 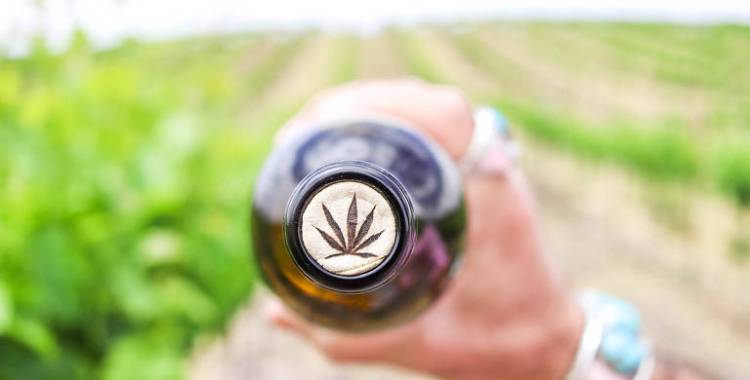 What Is Weed Wine?

When we think of wine, we’re almost always talking about boozy, fermented grape juice. Sure, you can make wine out of blueberries, watermelons, and other fruit, but when was the last time you actually bought some sweet berry vino? As such, most weed wines are made from grapes, though other types of fruit are used in some instances.

Each cannabis vintner has his or her own recipe and process. Be it cold in-barrell cannabis infusion to bring out CBD and other cannabinoids — like how California weed grower and winemaker Lisa Molyneux approaches the craft — or a more rudimentary fruit juice, sugar, and cannabis fermentation process in a hardware store jug, the main idea is to infuse the terpenes and cannabinoids from the cannabis plant into the winemaking process itself. Similarly, household herbs and spices like thyme, rosemary, and mint have been infused into wine for thousands of years using similar processes.


How Long Have People Been Drinking Cannabis-Infused Wine?

Like most things related to marijuana, nailing down the exact date when certain experimentations with the plant first occurred can be difficult to determine. Cannabis has been consumed in a myriad of forms for centuries upon centuries, after all. But thanks to some insightful record keeping from pot lovers of yesteryear, we’ve been able to track a rough timeline of the advent of weed wine.

According to some reports, in the 2nd century A.D., a Chinese surgeon named Hua T’o used cannabis wine as a medicinal anesthetic to help his patients manage pain. Likewise, there are records of marijuana-infused wine consumption in ancient Greece, as well as by early Christians — including Jesus Christ himself if you’re to believe some accounts.

Fast forward to the 21st century, and cannabis legalization laws across the West Coast inspired a new generation of winemakers — especially in the weed and wine mecca of Northern California — to revisit the centuries-old infusion process. 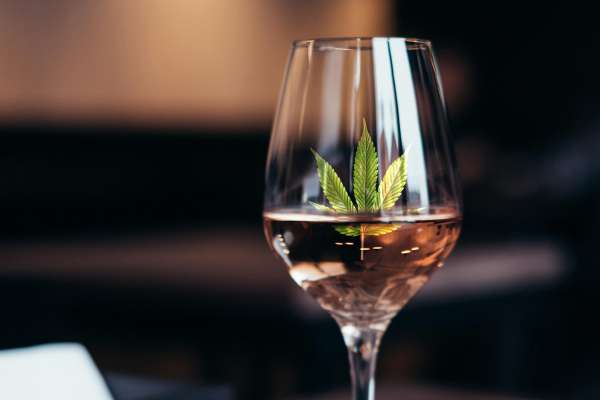 Is Weed Wine Sold at Dispensaries in Legal Weed States?

Yes, but not in the form that you would likely assume.

Since all active, legal marijuana markets currently ban the sale of products that combine alcohol and THC, dispensaries in states like California now offer virgin Merlots and Zinfandels infused with cannabis. Often, the weed wines are made with alcohol, which is later removed to comply with state regulations. For other cannabis vintners, like California’s Rebel Coast Winery, it is easier to use pre-decarboxylated cannabis distillates and infuse the weed extract directly into their alcohol-free wines.

But if you can’t find weed wine in your local dispensary, or are looking for a cannabis wine full of booze and THC, you’ll have to get in the garage and make it yourself. 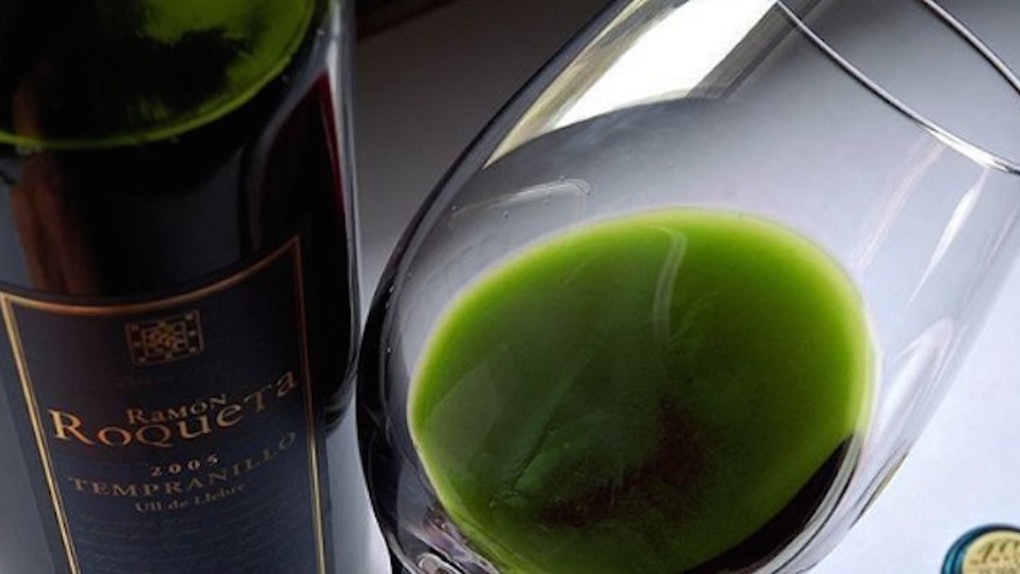 How Do You Make Weed Wine?

Like we mentioned earlier, there are tons of different ways to make weed wine. And when you’re picking a method for your own homemade batch, it will likely come down to three main variables; access, infrastructure, and time.

First, it depends how much weed you have, and what type of cannabis it is. If you happen to live in Northern California, Colorado, or another cannabis hotspot and have a few pounds of primo dank on hand to spare, it might be worth taking the slow and low route. This would entail investing in some kegs or wine barrels — hence the infrastructure needs — and steeping your pot in a classic wine fermentation process. As the cannabis flower mixes with the grapes and sugar, the fermenting alcohol will extract the THC and other cannabinoids from the flower, eventually reaching a perfect balance. Of course, if you are going to go the professional route, you’ll need anywhere from six months to two years for the barrel aging process, adding a significant delay to your stoney drinking sessions.


For a more cost-conscious DIY method, the folks at Original Weed Recipes have another method that calls for bulk quantities of cannabis stems, trim, or flower, oranges and lemon (instead of grapes), yeast, sugar, and a fermenting and bottling procedure that only requires a few large jugs with caps, some plastic tubing, nylon stockings, and some regular old wine bottles. By mixing the ingredients just right, you’ll get a budget version of weed wine that will still send an insomniac into a deep slumber. You can check out the whole step-by-step process here.

And lastly, if you live in a legal weed state but still want to try your hand at a boozy bud concoction, most legal markets offer some form of decarboxylated THC distillate sold in a syringe or dart that can be easily added directly to a store-bought bottle of wine. You can use this method to infuse a whole bottle or an individual glass, but be wary of dosing, as well as the distillates’ consistency. And also know that you may have to spend significant time stirring to truly infuse the two.

And now that we’ve finished our sommelier-meets-stoner session, it’s time to get those grapes and start soaking, fermenting, and eventually sipping the sweet, sweet fruits of your weed-y labor. Cheers!