What Is Pinene and What Does This Cannabis Terpene Do?

The cannabis flower at your local pot shop comes in an assortment of aromas and flavors. Some probably resemble fruit baskets. Others may smell like fresh-cut floral bouquets. And still others may even remind you of chocolate.

But quite a few of the dankest among the dank smell distinctly of pine trees. What causes weed to smell like a coniferous forest, and does this terpene offer any special benefits beyond the cannabinoids commonly found in cannabis?

Pinene, or more formally known as alpha-pinene, is a monoterpene compound found not only in cannabis and pine needles, but also in a variety of other plants such as sagebrush, rosemary, eucalyptus, camphorweed, and even salvia divinorum. Yes, that salvia, the one that can make you trip balls. In fact, alpha-pinene is the most commonly encountered terpene found in nature. It’s damn near everywhere.

There’s another form of pinene, known as beta-pinene, that’s also found in cannabis and other plants. Beta-pinene, like alpha-pinene, smells like woody pine needles, too. Some lab tests don’t differentiate these two forms of pinene, so you may just see “pinene” listed on lab results for your marijuana. 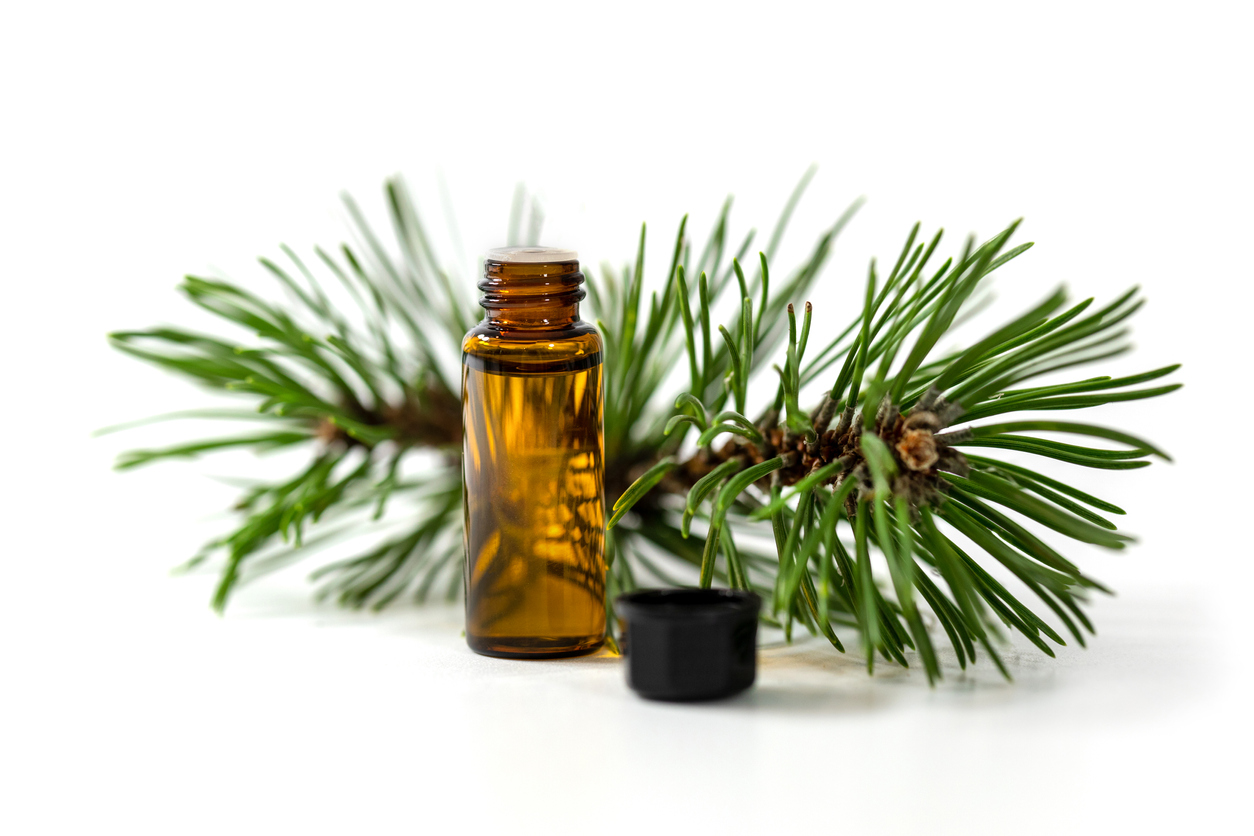 The Health Benefits of Pinene

As scientists delve deeper into the secrets of weed terpenes, we’re finding they do a lot more than just make cannabis smell and taste delicious. There’s some evidence that terpenes, especially when inhaled through smoke or vapor, may contribute to marijuana’s heady effects, such as influencing what kinds of moods one may experience when lit, or affecting the on-set of the THC high (known as the “creeper effect”).

But is there more to this coniferous terpene? Possibly.

Some studies show that pinene works as an anti-inflammatory, meaning it can reduce swelling and control pain. Pinene can also kill bacteria and other microorganisms in laboratory settings, which suggests it may be able to do the same thing when applied topically to the skin.

And despite the myth that marijuana destroys our brain cells, there’s evidence that pinene could actually enhance our memories and one day be used to make anti-dementia drugs.

Mind you, most of the above studies either used pure pinene oil slathered on some target (like a petri dish) or looked at the effects of pinene vapors inhaled through aromatherapy techniques. Ingesting pinene orally may not confer many, if any, health benefits.

Alpha-pinene tends to vaporize around 314°F, whereas beta-pinene vaporizes from 329–332°F. In other words, if you’re trying to get the benefits off both forms of pinene, you’ll want to set your temperatures to at least 330°F, just to be safe.

Sweet, so now you’re interested in toking on some pinene-packed bud. Which cannabis strains usually produce this terpene?

The best way to tell if weed contains pinene is to just take a whiff of it. If you smell pine needles or pine cones, you’ve likely got ample amounts of pinene in those buds. But, some strains are just so packed with terps that it’s difficult to tease out specific scents, so here’s a cheat sheet to some of the more well-known strains known for their pinene content.

Blue Dream, Snoop’s Dream, Mango Haze, Penelope, Cotton Candy Kush, Grape Ape, and Harlequin (a low-THC, CBD-rich strain) all reportedly contain significant amounts of pinene. There are many, many others, and lab results found on the labels of licensed weed products may tell you if you’ve got some pinene in your flower, too.

Also, keep in mind that there are always much, much fewer terpenes than cannabinoids in any given sample of weed. Don’t be concerned if you see pinene percentages at less than 1-2 percent; that’s fairly normal.

However, terpene content and preservation depends on a lot more than just genetics. Environmental temperatures, humidity, and air-tight packaging can affect terpene profiles. And always remember that a seasoned smell test can usually trump what’s printed on most labels. Stay fresh, friends!