What Is Macrodosing and What Are Its Benefits?

Unless you’ve been living under a rock, you’ve probably heard of microdosing, or taking very small amounts of weed or a hallucinogen. Proponents of microdosing believe that taking a sub-perceptual dose (or, a small amount you can barely feel) offers the medicinal or therapeutic benefits of a psychoactive drug without tripping-your-face-off or being blitzed as f*ck. Microdosing is often suggested as a way to ease into a new to a drug.

But lately, another term is also circulating through our happy family: macrodosing. As you might suspect, this is the exact opposite of microdosing. Instead of taking minuscule amounts of pot, acid, mushrooms, or another psychedelic substance, large or even heroic doses are taken.

Of course, macrodosing is nothing novel. It’s just the word that’s relatively new. People have been consuming massive amounts of marijuana and other drugs (including the old standby, alcohol) since people first started getting lit. How else are you going to learn your limits?

And there’s nothing wrong with that. If someone wants to get really, really stoned or trip super hard and they’re not hurting anybody, what’s the problem? It’s all good, in our book.

But, when most people talk about macrodosing, there’s generally more thought put into the act and intention that focuses on something other than maximizing the psychoactive effects of the drug. So, what exactly is macrodosing? And what are the benefits, if any?

Can You Macrodose Weed?

Macrodosing weed entails taking more, often much more, than a typical “serving” of THC, which is generally said to be about 10mgs. Doses from as much as 100mgs of THC up to several hundred or even 1,000mgs are not unheard of, particularly by medical marijuana patients who have developed a tolerance to the drug, but still find it effective to treat conditions including chronic pain.

Ingesting that much THC at once isn’t a terribly easy thing to do. With a typical dispensary 1-gram pre-roll coming in at about 100mgs, you’d have to smoke one to your head all by yourself to get to what most experienced stoners would consider macrodosing.

This is where concentrates come in handy. One dab of a quality wax or shatter can easily deliver 25mgs or more of THC. At that potency, a few quick dabs in succession will get you into macrodosing territory in no time.

Concentrates are easily incorporated into edibles, too, making large doses of THC easily ingestible. Brownies containing up to 1,000mgs have been made, but it is usually suggested to ingest in several servings. (But of course, a suggestion is just that — a suggestion.) Taking one or more doses at the same time will quickly get you into the realm of macrodosing.


Often, there’s more to macrodosing THC than getting really stoned. In addition to pain relief, macrodosing is recommended by some alternative therapy advocates for cancer patients in the form of Rick Simpson Oil or RSO. Under a suggested regimen for the treatment, small doses of a highly potent (up to 90 percent THC) concentrated cannabis oil are steadily increased to up to a gram or more per day.

But, products that make macrodosing THC practical are under fire. As anti-cannabis forces struggle to maintain vestiges of prohibition, caps on THC content have been proposed in several jurisdictions. To protect macrodosing as an option for medical marijuana patients, be sure to speak up against them if these types of regulations are being pushed in your community. 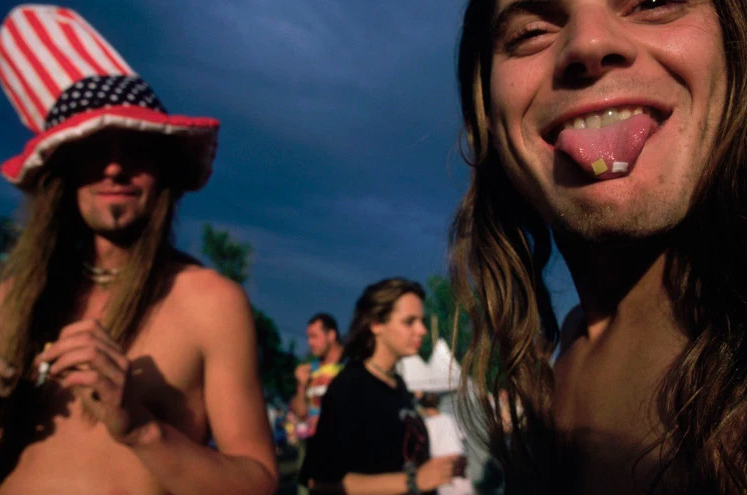 Is Macrodosing Hallucinogens a Thing?

With the resurgence of interest in hallucinogenic drugs and their potential therapeutic effects, macrodosing psychedelics is a thing again. Even the semi-straight-laced-yet-always-interesting author Michael Pollan delved into the world of macrodosing for his book How to Change Your Mind. For Pollan, macrodosing means taking doses of LSD, psilocybin mushrooms, or other psychedelic drugs that are large enough to induce intense, synesthetic hallucinations such as seeing sounds or feeling colors.

Because an intense trip from large doses of hallucinogens can have a lasting effect on the psyche (one of the keys to the therapeutic potential of the drugs) Pollan urges those considering macrodosing do so in a clinical setting with an experienced guide to lead the way.

Often, those who macrodose on psychedelics have profoundly meaningful experiences that change their lives forever. But, that’s not always the case, as expressed by Pollan. He reports that some of his experiences were awful, while others didn’t change everything he knew about the world. But he did learn something from every experience. The same goes for Albert Hoffman, inventor of LSD, who macrodosed himself during one of the first documented acid trips in history.


But, the potential impact macrodosing can have on mental health issues could change the landscape of therapy as we know it. Researchers see potential in using psychedelic experiences therapeutically to treat conditions including clinical depression and addiction.

While macrodosing pot or hallucinogens has therapeutic and recreational value, it shouldn’t be taken lightly and isn’t for the uninitiated. Getting way too baked or tripping too hard can be terribly uncomfortable, so be sure you have some experience with the drug before macrodosing.

But, if you’re hellbent on consuming five grams of shrooms or ten tabs of acid or even high doses of THC, it might be wise to have a sober friend with you, or a trip sitter, as they call ‘em. It’s nice to have someone around who’s tethered to Earth, especially when you feel like you’re on Mars.

That said, when done carefully and in the proper setting, macrodosing can be fun and profoundly therapeutic. Explore mindfully, psychonauts!