Have you run through everything on Netflix and need some new media to consume after hitting your favorite strain? Well you’re in luck, because we’ve got just the video for you.

Thanks to the wonders of movie magic, a 109 year-old video of daily life on the streets of New York City has resurfaced with refurbished color and added audio, giving us a portal into the Big Apple at the start of the 20th century.


The film, produced by Swedish company Svenska Biografteatern, features countless men strutting in full suits and top hats, women carrying umbrellas to block the sun, and children scurrying across streets in bouts of play. Early cars and horse-drawn buggies share the road, while subway cars pass on elevated lines, and NYC architectural landmarks like the Flatiron building appear just the same as they do today.

And with video cameras still a brand new invention at the time of recording, you can watch as onlookers stare directly into the lense, obviously befuddled by the machine. A black and white version of the expertly-preserved footage was put online two years ago, but the new colorized and remastered version (uploaded by Youtube user Denis Shiryaev) offers an even more incredible look at New York City’s past.

So if the History Channel just isn’t cutting it after your dab sessions anymore, hit play on the video above and let your imagination run wild with thoughts of what your life could have been if you were born 100 years earlier. 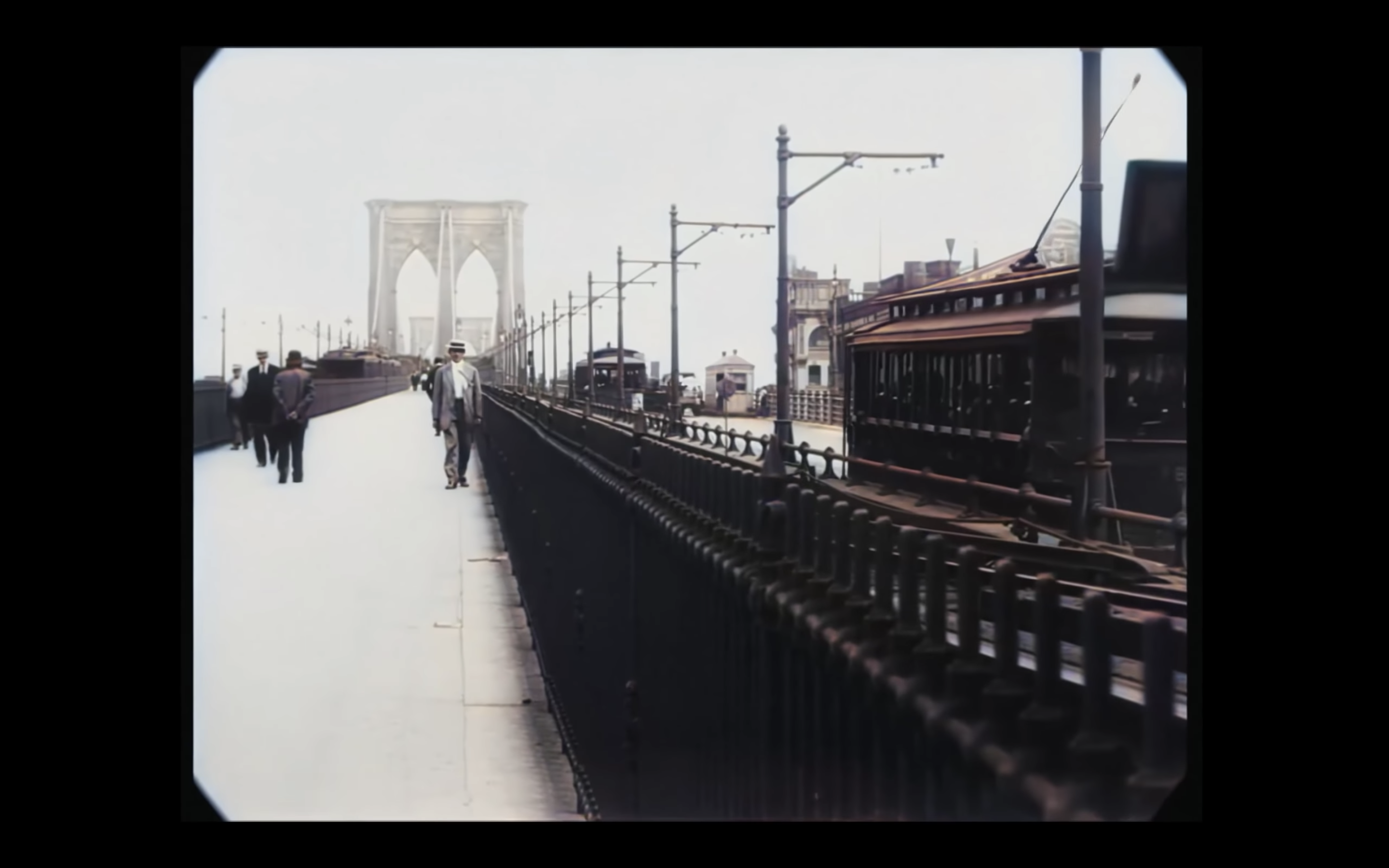