The High Life of Weed Dude #38: Take Me to Your Dealer

Welcome back to The High Life of Weed Dude, a pot picaresque about an anthropomorphic weed plant who's forced to leave his cannabis garden due to a chemtrail raid by the government. After getting booted from his farm, the humanlike herb moves to NYC to start selling ganja — which, of course, he can grow off his own body.

In volume #38, the canna-crew's pot party is still ripping beneath the NYC courthouse. The sex robot is doing her bud-filled burlesque routine, and the tokers are loving Weed Dude's new grape-flavored nug. But the speakeasy (and grass) is so damn loud that it's attracted the attention of a special somebody... a UFO!

Yes, an extraterrestrial toker notices the large plumes wafting above the party and decides to stop by on his way to the White House. "Take Me to Your Dealer," says the famous blacklight poster, after all.

Before long, Weed Dude gets the alien higher than a spaceship soaring through the cosmos. Turns out that both the guest and the weed are out of this world... But will the alien help our heroes legalize weed on planet Earth? There's only one way to find out.

Dig into the dank visual feast below, created by the inimitable Mike Diana. And for more on the series, revisit the previous installment here. 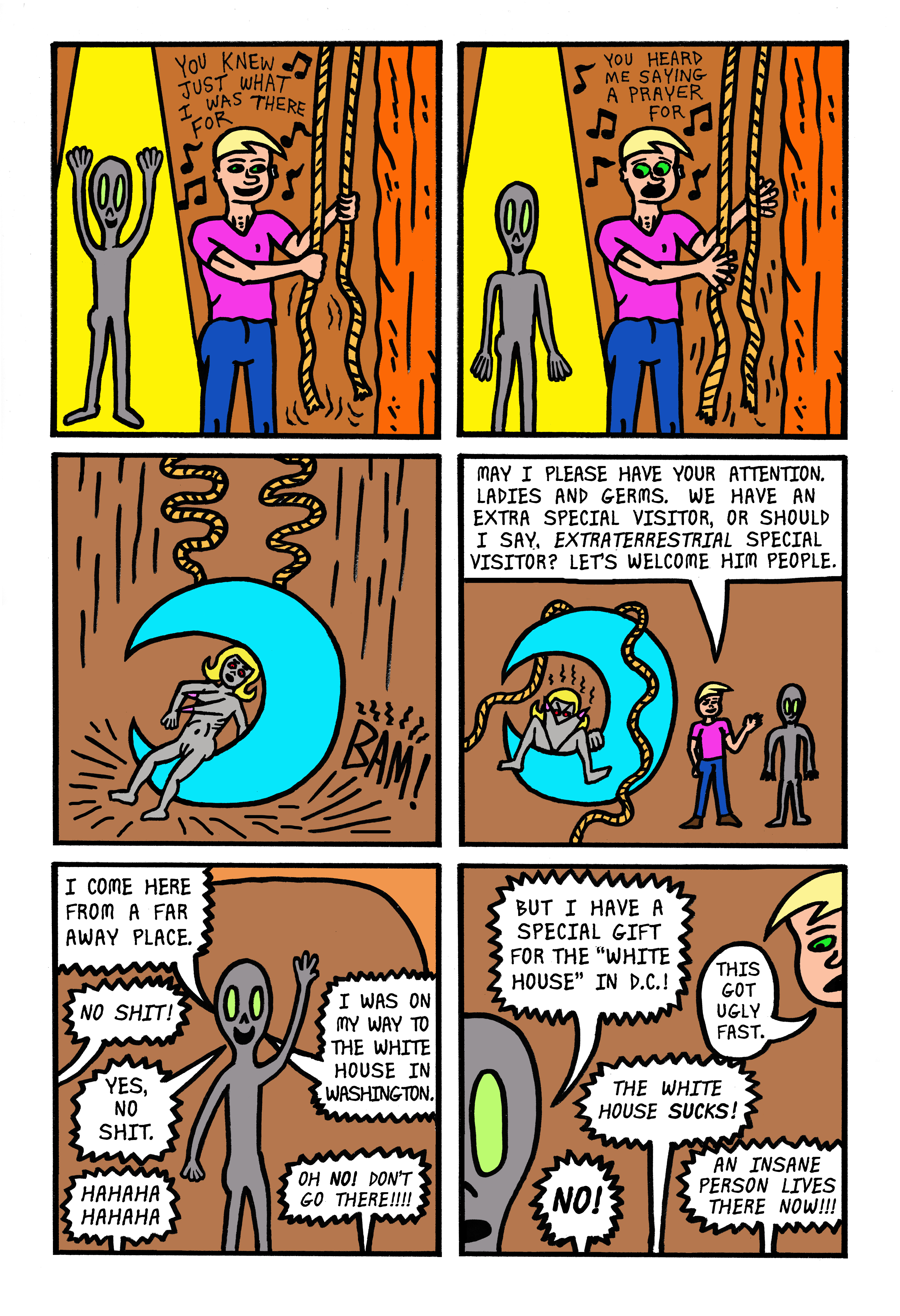 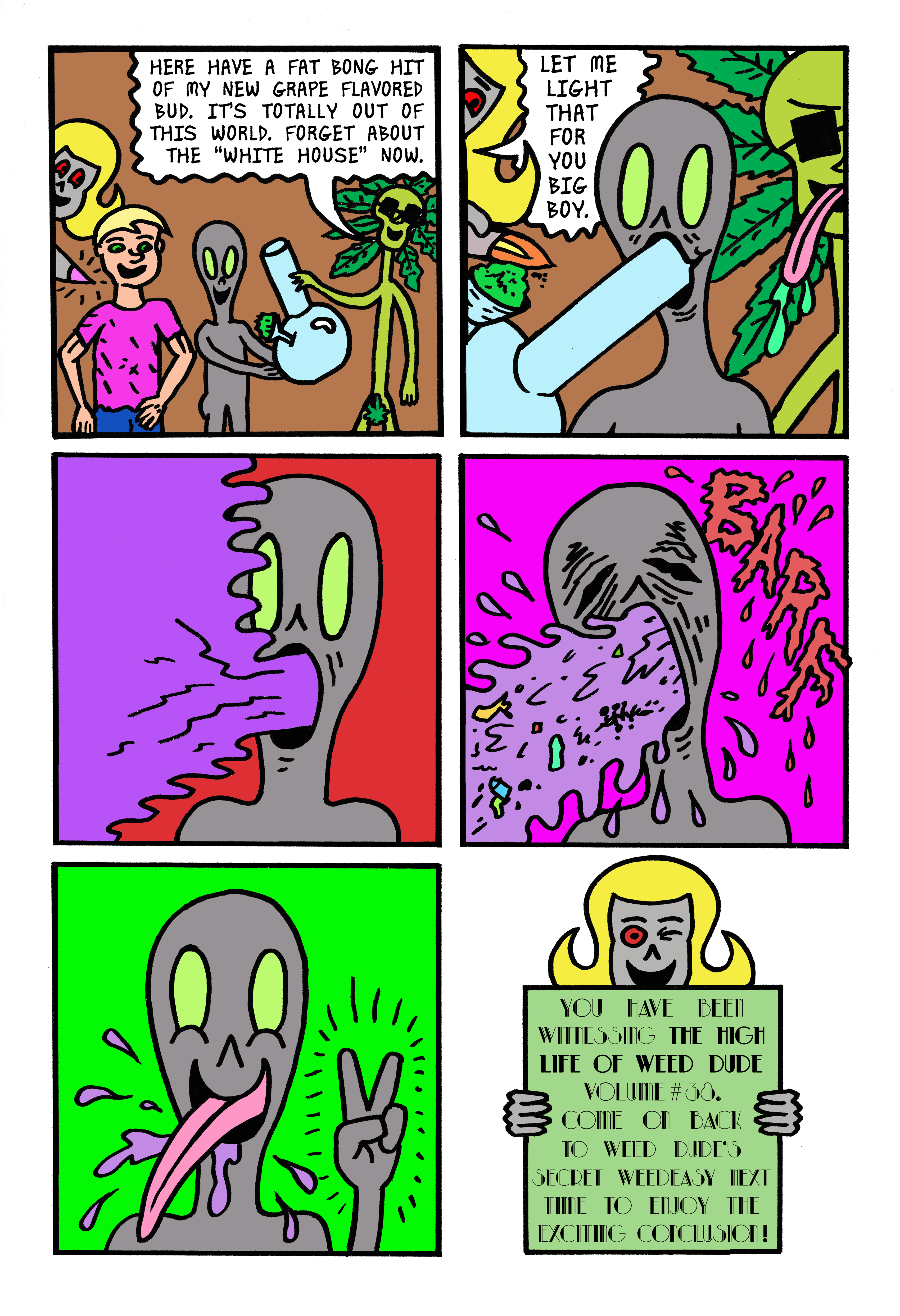