For California indigenous tribes, getting a piece of the state’s legal cannabis market is no easy feat. When voters approved Prop. 64, the initiative that legalized recreational cannabis in 2016, city and county governments gained local control over marijuana businesses wishing to open in their jurisdictions. But tribal governments, which have sovereignty of their land, were left out of the equation because the city and county governments have no authority on reservations.

The omission happened again when regulators created the rules necessary to implement Prop. 64. In order for cannabis businesses to get licensed on tribal land, California requires tribes to cede their sovereignty and authority to the state government, which inspects and regulates cannabis businesses.

"Unfortunately, the state really didn't provide a clear-cut way for tribes,” Bradley Downes, a tribal attorney for the Elk Valley Rancheria in Northern California, told MERRY JANE. “The definition of a local jurisdiction was limited to cities and counties and notably did not include tribal governments."

Several tribes, however, were already players in California’s medical marijuana market. In 2014, the Obama administration’s Justice Department issued the Wilkinson memo, which protected cannabis businesses on tribal lands from federal prosecution in the same way compliant companies off-reservation were shielded under the Cole memo. This led the Utu Utu Gwaitu Paiute to begin growing medical marijuana on their land near the Nevada border. But, the tribe still does not have legal access to the recreational pot market because licensed dispensaries can only acquire their product from state-licensed producers.

Above, the Elk Valley Rancheria logo

“The state [of California] locked the tribes out of the market, and it’s not fair,” tribal chairwoman Tina Braithwaite told Rolling Stone in 2018. “We were here first. These are our nations. They put us out in these remote areas and said, ‘Survive!’ and yet when we try to survive, then they want to suppress us.”

The stakes are high for Native American communities. Often forced onto marginal lands in rural areas, economic opportunities are few and far between. So, opening a cannabis business would be a way to create rich opportunities for the future. According to data from 2019, the unemployment rate for Native Americans was 6.6 percent, eclipsing the national average of 3.9 percent. The challenges of life on reservations result in substance abuse rates among Native Americans that are higher than any other ethnic group in America. Not giving these communities an option to benefit from the prosperity cannabis often brings is yet another tone-deaf example of America's systemic suppression of marginalized groups.

Tribal leaders at the Elk Valley Rancheria, located in coastal Del Norte County near the Oregon border, also saw the Wilkinson memo as an opportunity for economic development for the reservation. But rather than starting their own cannabis operations, Downes says leaders decided to rent space on the reservation to independent marijuana businesses.

"The tribe was looking at how it would be able to enter that market and landed on the idea of leasing land to a third party that was licensed by the state, so that the product could be sold within the state," said Downes.

After setting up a regulatory framework, the tribe authorized NGEV, Inc. to set up a cannabis cultivation facility at Elk Valley Rancheria. Once Prop. 64 was passed, the company applied for a license from the state for its operation with 15,000-square-feet of greenhouse cultivation space, but ran into a brick wall with state regulators.

"As the state laws were put into place, they really made it difficult for anyone on tribal land to be successful" obtaining a license, NGEV CEO Michael Carlson told MERRY JANE in a phone interview.

Undaunted by the setback, Downes explained that the tribe pursued a dual track of action in hopes of securing state licenses for cannabis businesses on its land. The first was a legislative effort to clarify that tribes could authorize a tenant to engage in cannabis-related activities on tribal land, and that such an authorization would be sufficient for meeting the state’s local authorization requirements. That attempt, called Assembly Bill 924 — introduced in 2017 by Assemblymember Rob Bonta of the East Bay — failed the following year. 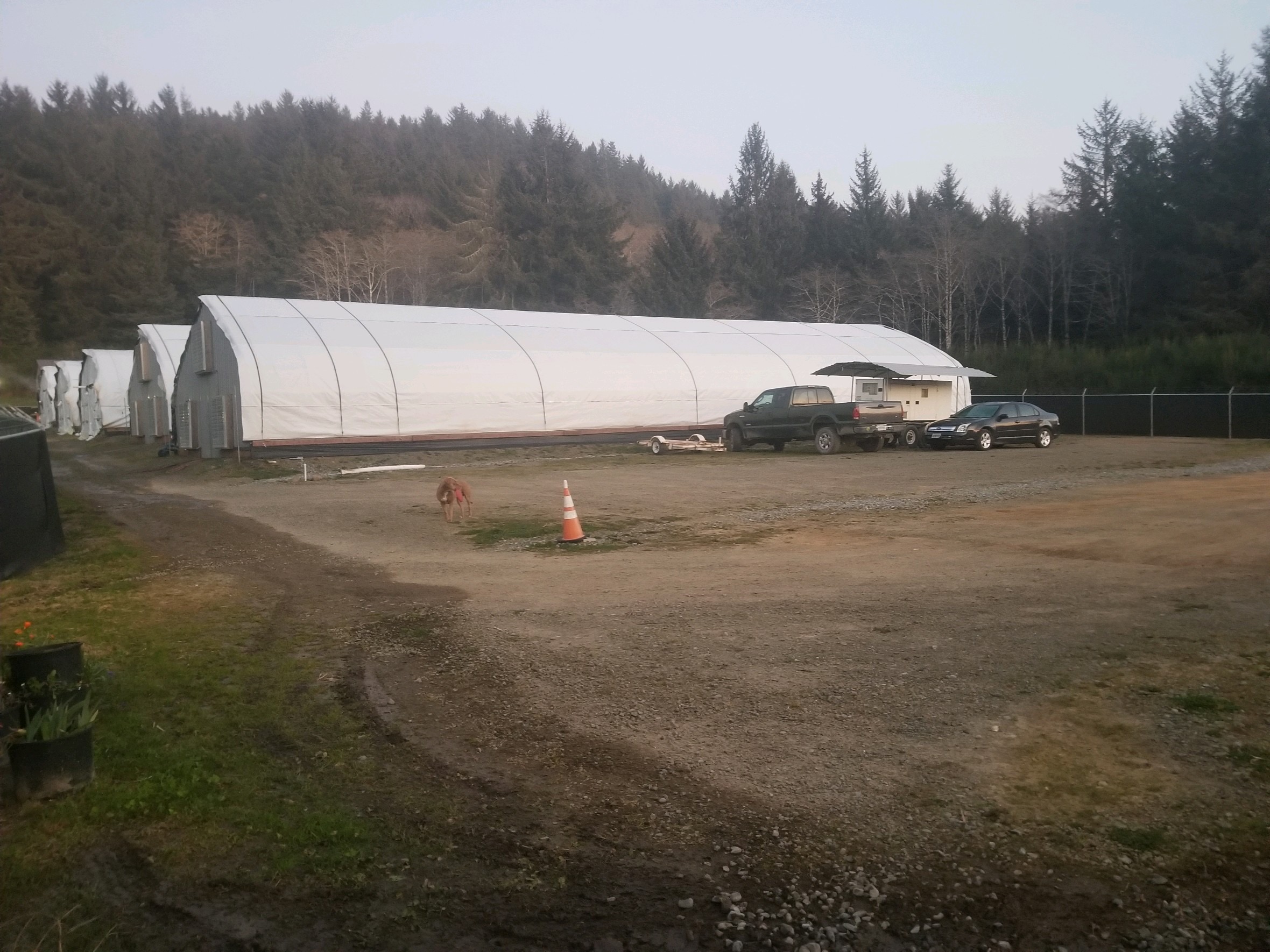 A Cooperative Effort Pays Off

The Elk Valley Rancheria also tried to enter into an agreement with the government of Del Norte County that would allow the tribe to lease land to cannabis tenants while retaining regulatory authority over them. That effort paid off in January 2019.

Explained Downes, "The tribe also pursued an opportunity where it ultimately did enter into a memorandum of understanding with the county of Del Norte to authorize cannabis cultivation on tribal lands, to be regulated by the tribe, not by the county."

Through this agreement with the county, the tribe was able to preserve their sovereignty by staying out of the cannabis business itself and instead allowing non-tribal businesses to operate on the reservation as tenants. A precedent for this was set when the state’s Department of Alcoholic Beverage Control (ABC) issued a license to a restaurant that was subject to inspection by ABC staff on the reservation.

"The issue of a state licensing agency coming in to inspect a third-party, non-tribal entity wasn't such a big hurdle to get over when we look at the big picture,” said Downes. “The tribe licenses the facility as well, we conduct background checks, we do everything that a local jurisdiction would do, much the same as if it was located off-reservation."

With a compromise that resolves the issue of local control for the tribe and the county, Carlson went back to work on his application with the California Department of Food and Agriculture, the state’s licensing authority for cannabis cultivators. There were still more issues to work out with regulators along the way, but in December 2019 he achieved his goal.

"After two years of going back and forth with the state,” Carlson said, “we finally got it approved and we finally have our CDFA license.”

The value of what may be the first cannabis license approved on tribal land in California for the Elk Valley Rancheria community can’t be understated.

In addition to the above-market rate rent being paid by NGEV, the company pays a 4 percent tax on gross revenues, which Carlson estimates at $1.5 million yearly with expansion plans already in the works. The cultivation site also has a hiring preference for tribal members, creating new opportunities right on the reservation. Del Norte County comes out ahead in the deal, too, with the 4 percent tax on gross receipts it will be receiving from the company. 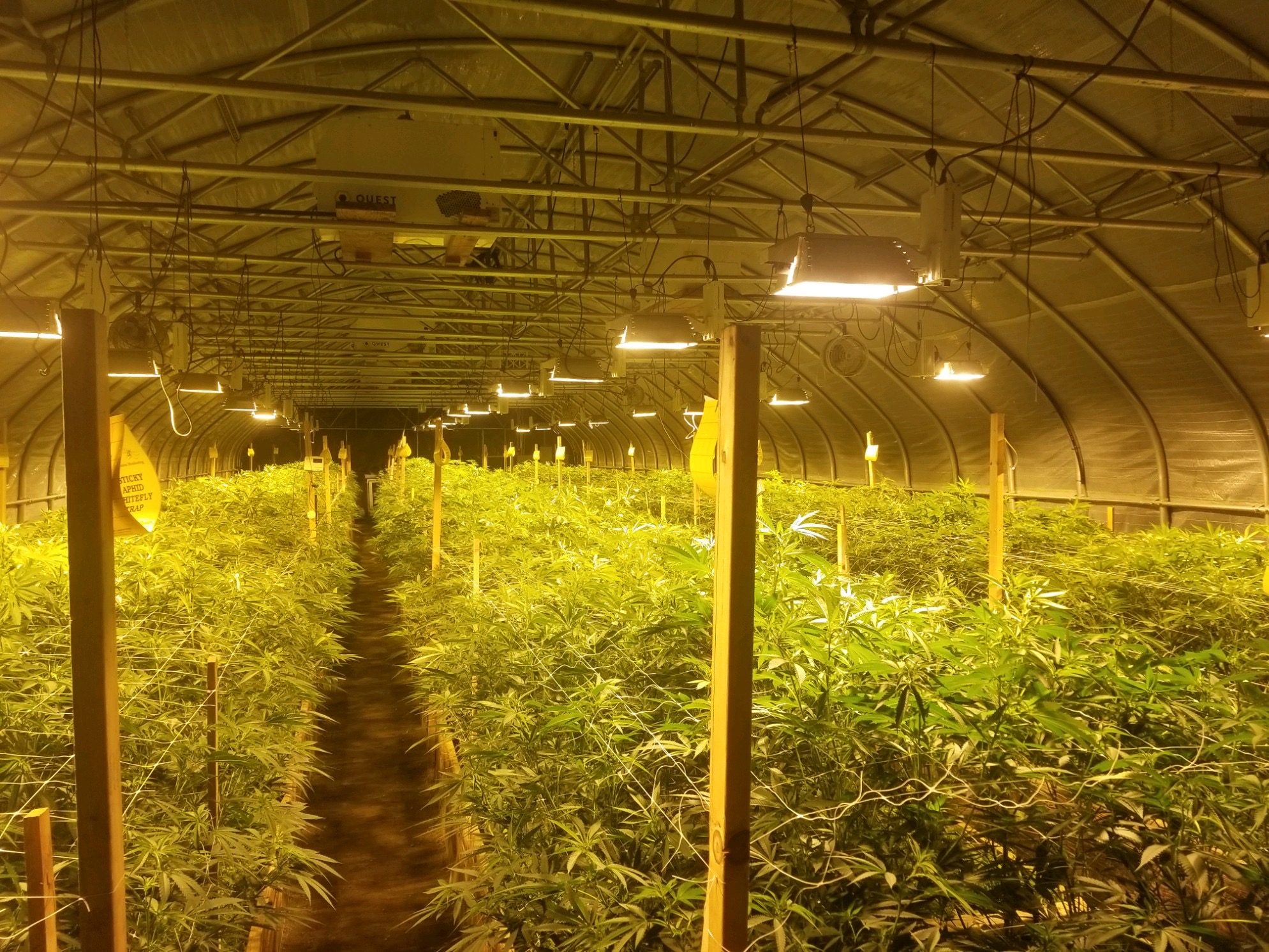 Can Success at Elk Valley Be a Model for Other Tribes?

Downes noted that the good relationship between the Elk Valley Rancheria and county leaders played a key role in working out local control of cannabis regulation on tribal land. Although the solution might not work for every Native American community in California, it could serve as a model for other tribes with strong ties to their surrounding local governments. But a broader solution that serves all of California’s Native American tribes is still needed.

"Every tribe is going to be different, and their local relationships are going to be different,” he said. “It happened to be that Elk Valley and the county of Del Norte have worked cooperatively on a number of issues, and this was another [issue] that we could find a way to work in a manner that suited both party’s interests and could make this business happen."

In some ways, the difficulties California Native American tribes face while attempting to access the state’s legal cannabis market is disheartening. In other states with legal pot, including Washington, Colorado, and Nevada, tribes and state governments have successfully negotiated compacts that allow such access. With the success of the Elk Valley Rancheria and NGEV, Downes hopes that other tribes may also find a path forward.

"We are approaching this in a manner that we hope is both responsible and can pave the way to give comfort to the folks in Sacramento,” he said. “Working with tribes is a positive step forward.”

But, a changing federal regulatory environment has led to further uncertainty for both legal pot businesses and tribes looking for a piece of the action. After the Trump administration took office in 2017, then-Attorney General Jeff Sessions rescinded both the Cole and Wilkinson memos, and federal prosecutors in Nevada have made it clear that there’s a new sheriff in town.

So, the fight still isn’t over — and it won’t be until Native American communities are allowed to own legal cannabis businesses and receive licensing.... without having to give up their sovereignty to the state once again.