Attorneys filed suit last week against the Drug Enforcement Administration (DEA) and the Department of Justice (DOJ) over an alleged “secret law” that has stalled legitimate medical marijuana research in the US for the past four years.

The lawsuit, dated March 25, came from Yetterman Coleman, LLP, a Texas-based law firm that represents the Scottsdale Research Institute (SRI). Based in Arizona, SRI is led by Dr. Sue Sisley, a licensed physician who has been investigating medical marijuana as a treatment for cancer and PTSD. Last year, she filed suit against the DEA after the agency failed to review her application for a third-party marijuana growing license under the Obama-era Growers Program.

According to the complaint, under the Trump administration, the Department of Justice’s Office of Legal Counsel (OLC) issued its own interpretation of the UN Single Convention treaty and the US Controlled Substances Act that required the DEA to draft new rules for the Growers Program. The proposed rules were published at the Federal Register on Friday, March 20.

The OLC interpretation, which effectively acts as a law in the US, allegedly claims that the Obama-era Growers Program violates both federal laws and the UN anti-drug treaty.

“... for three years, the Trump Administration deliberately blocked the Growers Program from moving forward,” read the complaint, according to Marijuana Moment. “Relying on an undisclosed and spurious reinterpretation of federal law… Defendants changed the law on a hotly contested issue of immense public importance — in secret.”

“If adopted,” the suit continued, “these proposed rules would radically overhaul how medical marijuana manufacture and research will proceed in this country.”

There’s only one problem: No one knows what the exact OLC interpretation of the laws are since the DOJ has supposedly kept it under wraps. And, if this ruling gives sole discretionary power over cannabis to the DEA, it could have far-reaching implications beyond simply restricting US research: It could give the DEA the power to control all marijuana manufactured in the US for any purpose, including the right to “take possession” of all cannabis at a given grower’s facility.

In other words, the feds can require that a third-party grower give all their weed to the DEA within four months after harvesting, and the DEA can store it at its own secured facilities. Then, the DEA alone could sell that weed back to the third-party grower so it can be used for research or making medicines.

Or, the DEA could delegate storage and dispensing to the third-party, which was the original intent of the Growers Program to begin with.

The DEA “had a set of rules that they released publicly in 2016,” Shane Pennington, one of the attorneys who filed the suit, told MERRY JANE during a phone call. “Imagine playing a game where you go in and make your move, and the rules change afterwards. And now they’re going to apply those rules retroactively to us.”


First, some background. For decades, American scientists and doctors have complained that the only marijuana legally available for research purposes comes from the DEA-licensed farm at the University of Mississippi. This weed is, essentially, unusable. It’s basically ground-up stems, sticks, leaves, buds, and seeds, and it often contains mold. Basically, it’s not the kind of cannabis that patients would buy at a dispensary or grow at home.

In 2016, the Obama administration admitted that the DEA’s weed made it impossible for US researchers to study the plant’s effects on patients. So, under then-Attorney General Eric Holder, the DEA created a new third-party grower program that would let researchers grow the weed themselves. All the researchers had to do was file an application and pay a few thousand bucks in application fees. To date, over 30 research groups, including SRI, filed these applications to the DEA.

Then, in 2017, Donald Trump became president, and he nominated the anti-marijuana crusader Jeff Sessions as his Attorney General.

According to the suit, sometime during Session’s short tenure as the DOJ’s head, he directed the DOJ’s OLC — a group of lawyers that resolve legal conflicts among federal agencies — to issue a new interpretation of both the UN Single Convention and the US Controlled Substances Act. This interpretation allegedly requires the DEA to oversee all stockpiles of cannabis for all purposes, which triggered a new investigation into the Growers Program applicants, Forbes reported, further stalling the program from moving forward.

But how did the attorneys at Yetterman Coleman, LLP even know about this secret law if it was kept a secret?


“We knew something was missing, because we had heard and read in news reports, since we were involved in the first case,” Pennington said. “When the Trump administration took over, apparently the DOJ became concerned that the 2016 Growers Program was in conflict with the CSA and the Single Convention. It was alluded to in Senate testimony, at committee hearings, and it was reported in various news articles.”

Pennington also mentioned that the DEA itself admitted that this OLC interpretation exists when it announced the recent rule change for the Growers Program.

The suit isn’t asking the DEA to review the Growers Program applications — which it still hasn’t done, despite collecting thousands of dollars in fees from applicants — it simply asks for the OLC memo that explicitly details the DOJ’s interpretation of federal and international law.

“It’s not a FOIA [Freedom of Information Act] request,” clarified Matt Zorn, who also works at Yetterman Coleman, to MERRY JANE. “It’s a complaint for a release under FOIA. What we’re saying is that this OLC opinion is tantamount to law. FOIA requires [the government] to publish it. We shouldn’t have to file a request to know what it is that the agency is applying as law. Interpretations of federal law by agencies need to be disclosed affirmatively.”

Right now, the public has 60 days from the March 20 rule proposal date to respond to the DEA with any concerns regarding the Growers Program rule changes. But Pennington and Zorn said they cannot properly respond to the DEA without first knowing what the OLC’s secret rule is. The complaint also suggests that the DEA’s request for public comments couldn’t have come at a worse time.

“They did it on a Friday afternoon in the middle of a pandemic,” Pennington said. “They asked for public comment at a time when the public is distressed by the pandemic and when they knew the news cycle wouldn’t be able to pay attention to the issue. I can’t prove that they did that intentionally, but it is certainly some unfortunate timing.” 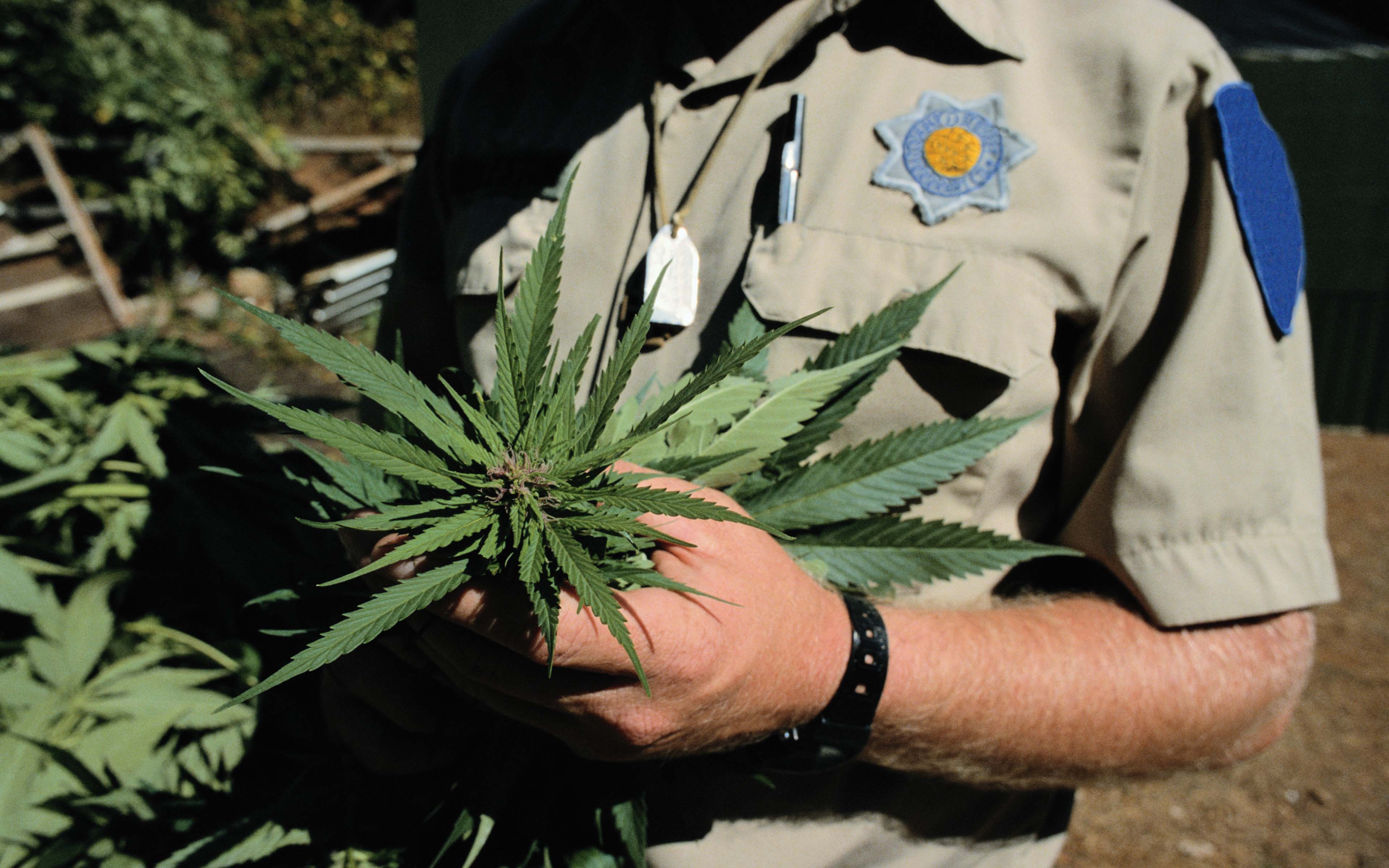 Pennington suggested one other consequence of the OLC’s secret ruling.

“If this view of the law is correct, and this overhaul of the rules that the DEA applies to registered manufacturers really is necessary to comply with the convention, then the rules that have been on the books have been in violation of the [UN Single Convention] treaty,” Pennington said. “That’s kind of surprising. You’re telling me, all this time when NIDA was running parts of this program, and the DEA was running other parts, that that was still legal under international treaty obligations?”

“That should raise eyebrows,” he continued. “People should be questioning this.”

If Pennington and Zorn can see the OLC memo, and they can show that it erroneously interprets international and federal laws, it could signal a new round of lawsuits to force the DEA to actually move forward on the Growers Program. Regardless, we may not see any solid developments until there’s a new, more cannabis-friendly president in office.