DAY OFF: HAPPY EASTER FROM VAPORJOES 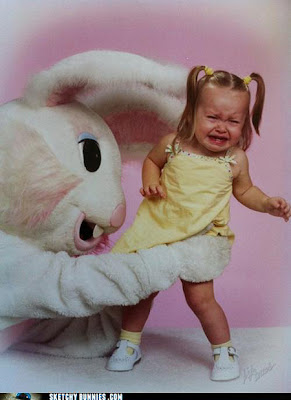 ​
Christians will celebrate Easter today to observe when Jesus Christ resurrected from the dead. Yet along with the sacred observance will come a more secular American tradition where many children will leave out baskets with the playful expectation that the Easter Bunny will come.

According to popular lore, it is the Easter Bunny who provides goodies (usually chocolate candy or ornate eggs) to children who leave their baskets out the night before. Many candy companies have taken advantage of the popular tradition and offer Easter Bunny-themed candy for that part of the year.

However, where did this tradition of a bunny that gave out eggs come from?

According to the History Channel's website, the precise origins of this non-biblical Easter figure are unclear but may have roots in German immigrant communities of the 18th century. "According to some sources, the Easter bunny first arrived in America in the 1700s with German immigrants who settled in Pennsylvania and transported their tradition of an egg-laying hare called 'Osterhase' or 'Oschter Haws'," reads an entry on its site.

"Eventually, the custom spread across the U.S. and the fabled rabbit's Easter morning deliveries expanded to include chocolate and other types of candy and gifts, while decorated baskets replaced nests. Additionally, children often left out carrots for the bunny in case he got hungry from all his hopping."
The concept of a bunny and eggs likely derives from the ancient tradition of rabbits being symbols of fertility. This ancient concept can still be seen today with such clichés as "they reproduce like bunnies."

The Vaporjoes Network of Sites!