Psychedelics and mental health have been in the news almost every day over the past year. So, if you deal with depression and anxiety, it’s likely you’ve thought about how psychedelic therapy might be able to help your situation. But, the legality of these drugs makes such treatments hard to find. Similar to cannabis, however, the psychedelics space — and its research, advocacy, and criminal justice reform — is rapidly evolving. To wit, Mindbloom, which claims to be the first doctor’s office in the country specifically designed for psychedelic medicine, is now officially open.

Mindbloom’s New York flagship office is called NoMad. It is a cerebral, calm space where psychologists and physicians guide you through every step of the experience. Patients sit in meditative rooms, and doctors administer exact, proper dosing of certain substances in sublingual form. It’s the future, or at least aims to be. Mindbloom even plans to open offices in San Francisco, Los Angeles, San Diego, and Austin next.

The first legal psychedelic medicine in the US is ketamine. Though it's technically a "dissociative," we're calling K a "psychedelic" here for the sake of clarity, as it's Mindbloom’s initial offering and how the clinic describes it. In 2019, the FDA approved esketamine as both a Fast Track and Breakthrough Therapy drug for adults with treatment-resistant depression (meaning, one has tried two or more anti-depressants to no avail). It’s only available through Risk Evaluation and Mitigation Strategy (REMS), which is a highly restrictive program, and the FDA says it needs to be taken alongside an oral antidepressant.

But, it’s not the ketamine that makes this place special. In fact, K is administered at other doctors’ offices — it has been since esketamine’s medical legalization in 2019. Mindbloom is the first space designed around the concept of “setting,” a key element of successful psychedelics-assisted therapy. It’s an aspect that traditional doctors’ offices typically lack.

Mindbloom’s guided ketamine therapy sessions are surprisingly affordable. Each session is priced at $150-$250, depending on what the patient needs. To be a candidate for Mindbloom, patients need to fill out this form. If you qualify, you’ll be scheduled for an in-person follow-up consultation with a clinician.


Mindbloom was founded by tech guru Dylan Beynon, an entrepreneur who formerly worked at startups Mighty, Voter’s Friend, and Hotlist. Beynon runs Mindbloom alongside one of the foremost psychedelic medicine experts in the country, Dr. Casey Paleos. Paleos’s life’s work researching ketamine and other restricted substances, such as MDMA and psilocybin in both academic and clinical settings, qualify him as a pioneer in the space.

Paleos was one of the early researchers to identify ketamine as a breakthrough treatment for depression, as a co-principal investigator in the NYU-Bellevue Ketamine for Depression study. He’s currently a principal investigator and study therapist for the ongoing Phase 3 clinical trials looking at MDMA-assisted psychotherapy to treat PTSD, sponsored by the Multidisciplinary Association for Psychedelic Studies (MAPS). And, while Paleos was involved in Phase 2 of the MDMA trials, he was also a study therapist for the NYU Psilocybin Cancer Anxiety study. So, he knows his stuff.

Mindbloom breaks down the psychedelic clinical trial pipeline for the other natural medicines as the country eagerly awaits a path for safe, legal access. The pipeline shows psilocybin is working its way through a number of Phase 2 trials; MDMA is in Phase 3; and ketamine has already been approved for the treatment of depression. Once the FDA loosens its restrictions on other substances, Mindbloom will expand its offerings to include a range of psychedelic medicines for patients.

“We’re really proud. Our clinicians have been doing incredible work treating people in the space the last several months," Beynon told MERRY JANE. "It’s exciting to bring this to the world and let people know about it. People have been having transformative experiences. So, we’re excited to tell more people about it.” 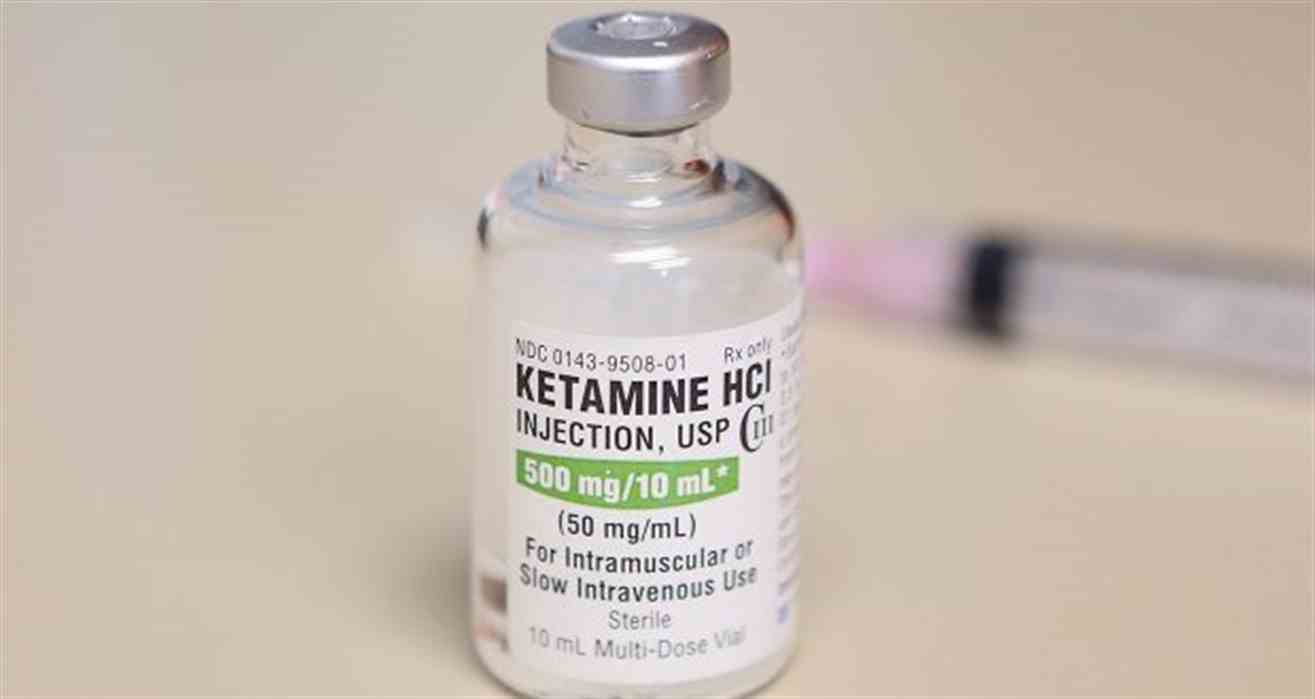 Offering a new, powerful treatment for depression, anxiety, PTSD, and other conditions ailing our population is wildly exciting. But, it’s impossible not to wonder if this is all moving too fast. At this rate, are psychedelics and the treatments around these medicines destined for the same capitalistic future that legalization reform has brought to cannabis? It’s hard to say, but we couldn't help but raise an eyebrow when Beynon interchangeably used the terms "patients" and "clients" during his interview with MERRY JANE. Also, the fact psychedelics-assisted treatment centers are beginning to pop up is curious. Considering most doctors still somehow advise against cannabis-use, the plant can hardly be studied in a clinical setting, and on-site consumption ventures remain taboo across the country, how will these new psychedelics-focused clinics affect the broader reform movement?

Plus, the idea of raising investments to fund a for-profit chain of psychedelic-therapy clinics is not traditionally in line with the ethos and spirit of psychedelics consumption. And that’s not just with Mindbloom — that goes for psychedelics companies appearing on the stock exchange and those conducting research through a for-profit model.

But, all that said, it doesn’t take away from the healing potential of psychedelic medicine, nor the fact that Mindbloom is still a trailblazer by opening up access to the masses. And let's be honest: We're facing a severe mental health crisis across the globe, and we desperately need new options for treatment. Psychedelics might be the key.

MERRY JANE caught up with Mindbloom founder Dylan Beynon about what you can expect in a session, his journey to opening the first psychedelic mental health and well-being space, and what the future holds for the psychedelics-medicine movement. 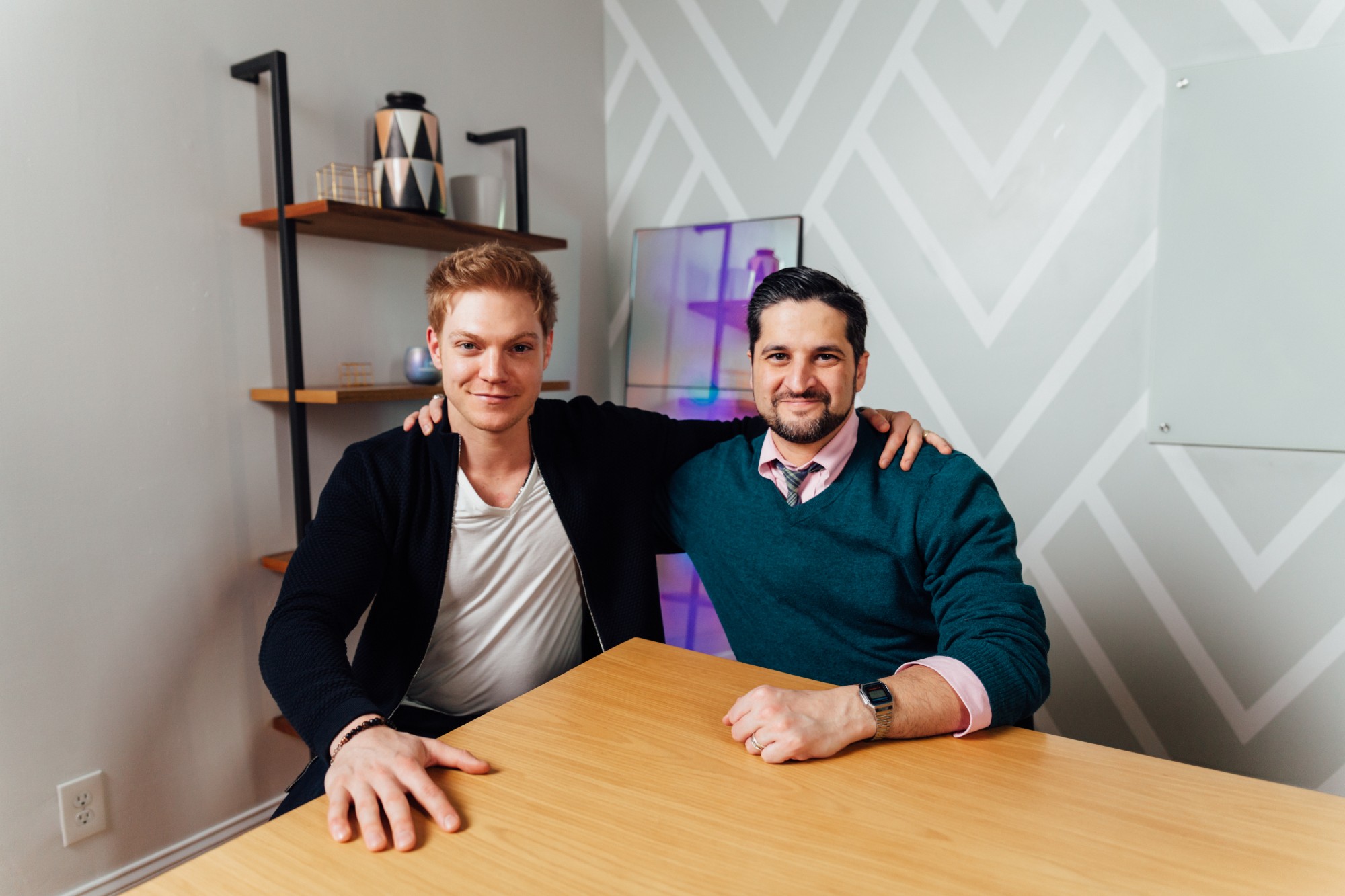 MERRY JANE: I understand that Mindbloom is the first-of-its-kind psychedelic medicine space. What psychedelics are available at Mindbloom, and is it part of clinical trials? What is the difference?

Dylan Beynon: Mindbloom doesn’t do clinical trials. Mindbloom is a consumer mental health and well-being company. Mindbloom is only doing already legal, above-board medicine that is currently prescribable. The only psychedelic medicine that is prescribed today is ketamine. So, that’s the first medical treatment that the clinicians at Mindbloom are using.

There are other medicines in clinical trials right now with some other incredible trailblazing non-profit and for-profit companies.

Psilocybin is also in Phase 2 clinical trials, and there are other medicines a bit earlier in the process. LSD for ADHD, ibogaine for opioid addiction, there are clinical trials going on for DMT, which is what’s in ayahuasca. A lot of those medicines are close. Every day, there is more social progress behind these medicines, as well as scientific medical progress behind the research.

For us, we are helping patients and clients achieve incredible results today from psychedelic medicine, which we will be publishing later. This also helps propel the movement by showing these things really work for people in a way that other mental health and well-being treatments potentially haven’t.

How did you receive funding for Mindbloom?

Quite easily. This is my third technology company that I’ve built. I’m fortunate that I have friends and investors in my previous companies who have also experienced the profound effect of psychedelic medicine for the mental well-being in their lives.

So, they seeded in, and some of biggest venture capitalists in healthcare technology and psychedelic medicine, piled in. Venture capital investors in Zocdoc, and Oscar, and Compass Pathways. For this company so far, I didn’t have to run a formal fundraising process. As we scale and grow, it might not always be that easy.

People are really excited and passionate that these medicines are finally being brought to people who really, really need them. A lot of them have been around for a long time, even if they’re only now becoming more socially acceptable and legally acceptable. People are just really passionate about it. 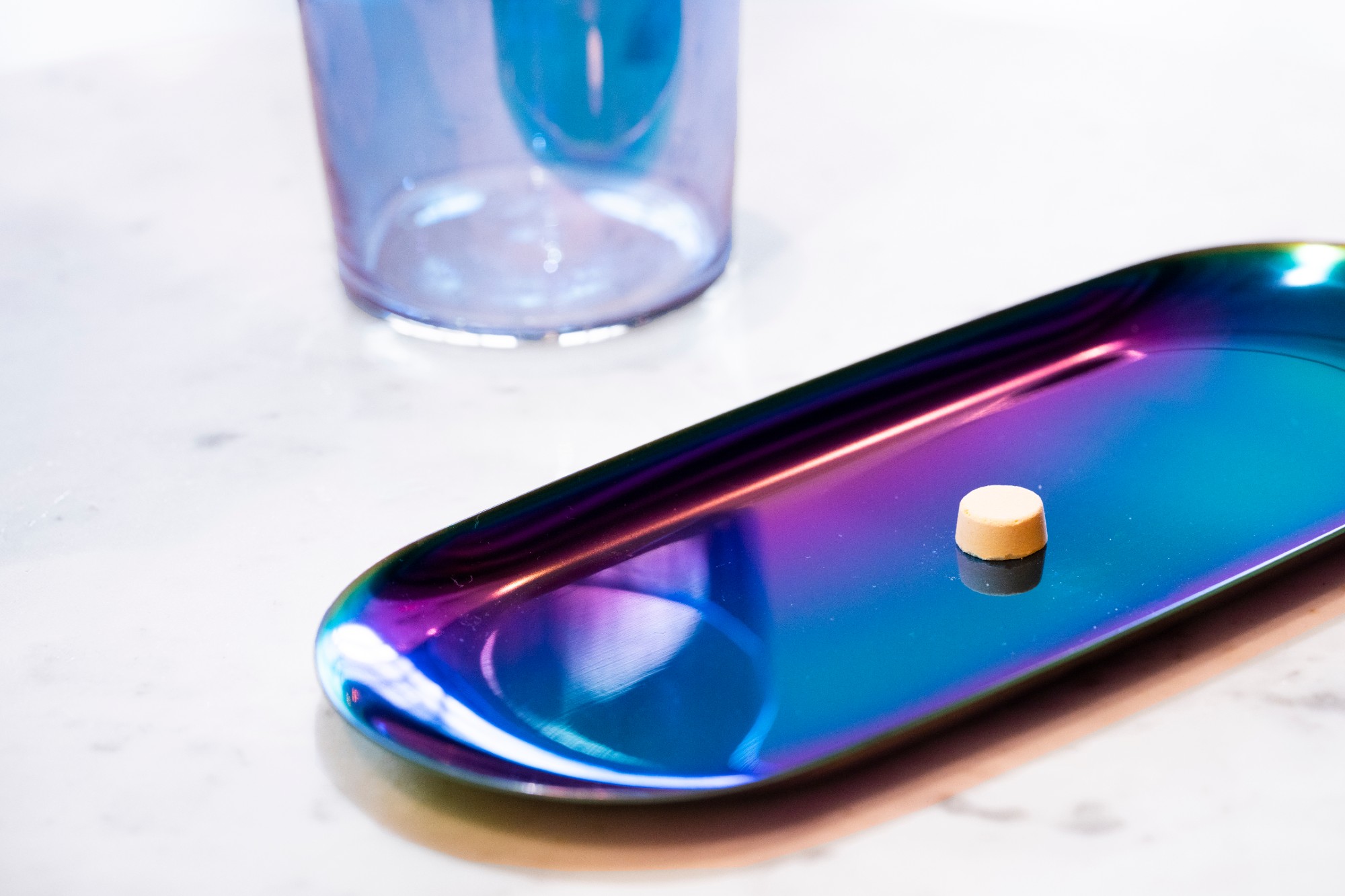 How is the Mindbloom staff trained?

Our medical director Dr. Casey Paleos is a pioneer in the space. He’s one of the few psychiatrists and researchers who have legally worked with the big three: ketamine, psilocybin, and MDMA.

In addition to what I mentioned earlier about his work with MDMA as a principal investigator with MAPS, he also was a principal investigator on some of the first ketamine for depression studies. He was a study therapist on the psilocybin for anxiety studies, which are hallmark studies in psychedelic medicine. Casey has helped his clients in his private psychiatry practice achieve amazing results with ketamine therapy for years.

Right off the bat, everything is based off of his expert protocols, as well as a team of leaders in the field of psychiatry and psychedelic medicine who are on Mindbloom’s clinical advisory team.

In terms of the clinicians on staff, Casey also looks for people who have a lot of experience and knowledge of these medicines as well as psychiatry. For instance, Casey’s lead clinician in the staff, she, in her spare time for years as a passion, has volunteered at Zendo Project. Which is this incredible organization that does harm reduction at organizations, musical festivals, and events all around the world, to help people going through really tough and challenging psychedelic experiences. In addition to being a top psychedelic psychiatrist in her field, even before starting at Mindbloom, she was trained by Casey to guide people coming through really tough psychedelic experiences.

Fortunately, since Mindbloom pays so much attention to setting in order to help people cultivate a really positive mindset with a really elevated setting, nobody at Mindbloom has had a negative or adverse experience yet. But it’s part of our trade, so the clinicians can handle all types of psychedelic experiences people are going through.


Tell us more about the guided ketamine therapy. How does the experience look and feel to people who may not have any experience with the substance? What can we expect?

Mindbloom has built a really unique experience based on our clinical team’s expertise in both psychiatry and psychedelic medicine.

It really is bespoke to psychedelic therapy, which is why we call it the first of its kind. It’s not exactly like a therapist’s office, it’s not exactly like a spa, but it does feel warm, inviting, and sort of hospitality-inspired. Everything from the interactions with clinicians and guides, to the design of the space, to our proprietary technology platform that helps educate clients and streamline the experience for them and provides aspects of telemedicine throughout the client journey.

So, really, the focus is on making the experience really safe and trusted, really approachable and warm, and really transformative and artfully crafted.

Are there qualifying conditions for someone who wants to try out this type of therapy? Who is it for?

The clinicians today are prescribing for anxiety or depression.

Part of our aim is to increase access to effective science-backed medicine — psychedelic medicine or otherwise — to help people reach a new level of mental health and well-being. So, we started with ketamine therapy, and we are excited to add on more treatments and open it up to more patients and client populations. But today, it’s anxiety and depression.

In your opinion, what is the larger ideological impact of the psychedelic drug reform movement?

Our mission is to help people expand their human potential. We know that psychedelic medicines are transformation medicines that help both alleviate suffering today and help people become better people for themselves, their community, and the world.

We think that psychedelic medicine will have a major impact on not just helping to help cure this mental health care epidemic — which is the number-one public health crisis in America — but to help create a better and more enlightened world.